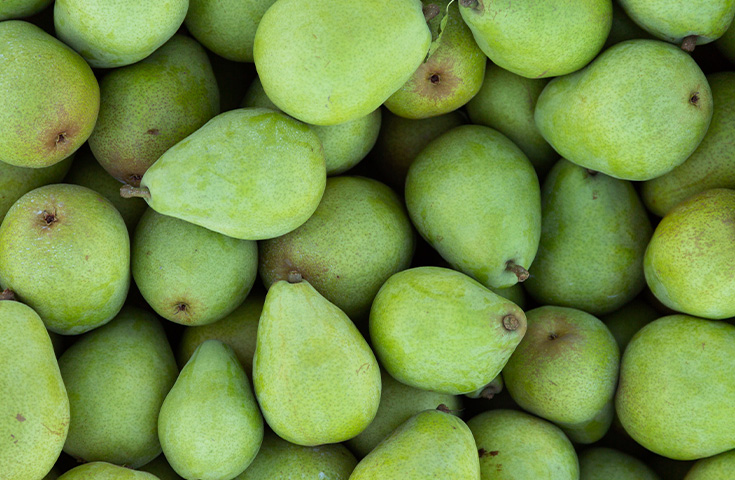 As part of its move to a year-round organic pear program, Oneonta Starr Ranch Growers (OSRG) of Wenatchee, WA, has added certified organic Williams Bartletts, Autumn Bartletts and Green Anjous from Argentina to the category in 2018.

According to OSRG Imports Manager Bruce Turner, the South American organics dovetail perfectly between the end of their Pacific Northwest organic pear season and the onset of the California season.

“It’s an exciting new part of our Starr Ranch Organics program,” Organic Category Manager Dan Davis said recently. “This is the first year we’ve had these pears from Argentina, and they are the perfect fit in our plan to be year-round shipper of Organic pears.”  Davis added that the Organic pear program loads side by side with their year-round domestic and import Organic apple program. “We’re now a full service, one-stop program.”

Turner noted the 2018 Argentine pear season has a somewhat smaller size profile, but the “Starr Ranch Organic program is focusing primarily on 100s and larger as preferred by our retail customers.” He said the pears are available to load in Yakima, along with Starr Ranch Organic apples and Diamond Starr Northwest pears.”

The pears are available tissue-wrapped in 40-pound cartons and also in the popular two-pound consumer pouch bags.